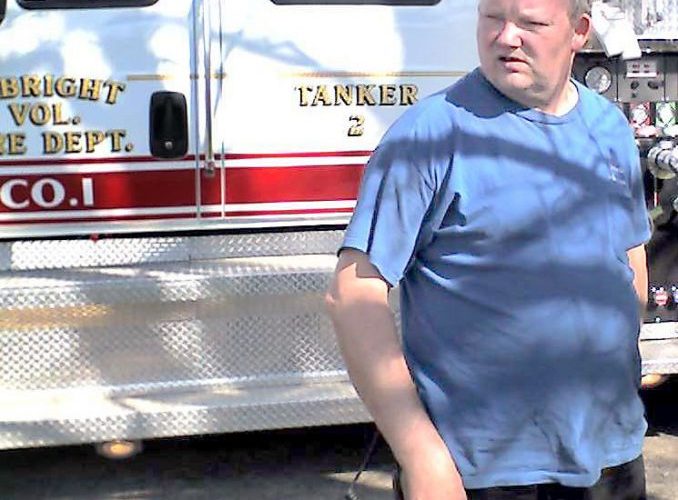 We regret to pass on that Captain Charles W. “Chuck” Miller, a 29-year Albright (West Virginia-west of Morgantown & Fairmont) Preston County volunteer Firefighter died in the Line of Duty while responding to a brush fire on Sunday.

Captain Miller (a past Chief) was involved in a single-vehicle accident on W.Va. 26 North while responding to the fire from his home. Speed was not a factor and a medical issue is suspected, and the state medical examiner is conducting an autopsy. Miller’s Ford Focus went off the road and into a ditch.

Captain Miller was a truck driver by trade and also worked weekends in the past, driving a bus for one of the local rafting companies. Miller’s son and a nephew also volunteer with Albright VFD. The nephew was among firefighters who responded to the call at 12:06 p.m.

His nephew had called him to see if he was coming to the fire, because they had planned to go four-wheel riding and side-by-side riding. He called and said, ‘Are we still going to go, or are we going with the fire department?’ And his answer was, ‘We’re going to go take care of the fire department.”

Albright firefighters did not respond to Miller’s accident because they were at the brush fire, but mutual aid handled it. Our condolences to all those affected. Rest In Peace.