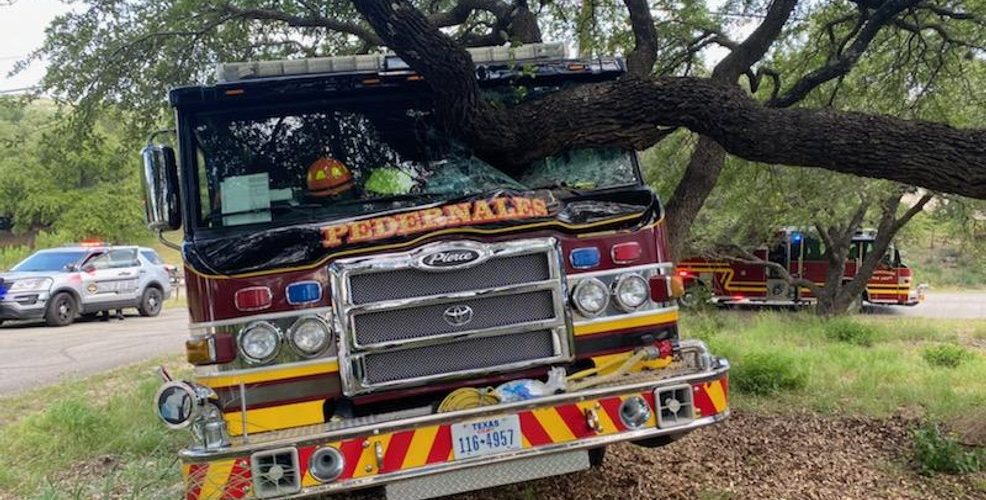 Two members of the Pedernales Fire Department crew were transported with non-life-threatening injuries after an engine collided with a tree.

According to PFD, it happened at around 10:30 a.m. during the annual Briar Cliff annual memorial festivity.

The driver of Engine 801 was participating in the festivity when he lost consciousness going at approximately 20 mph and then proceeded to collide with a tree.