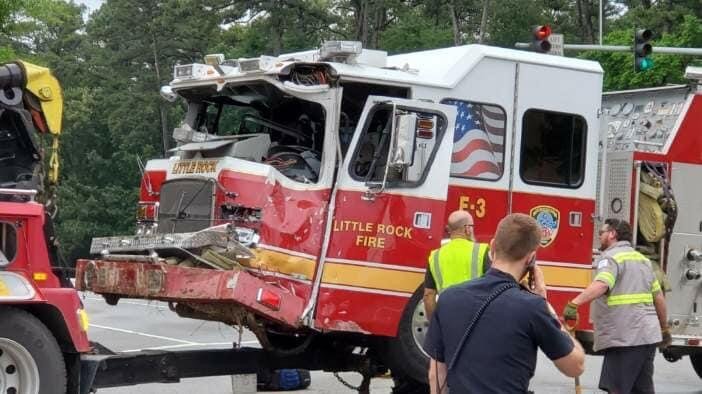 According to Coffman, the six firefighters were taken to the hospital with injuries that were not considered life-threatening.

Coffman said the engines were responding to the same call on Broadmoor Drive that came in at 4:24 p.m., but he did not give any other information about the call.

The engines met at the intersection, according to Coffman, but the details of the collision are still under investigation.

“They’re still doing the investigation on it, but they both came to that intersection at the same time,” Coffman said. “Now, I don’t know if somebody went through a light. I don’t know any of that information.”

When asked about which stations the two engines were from, Coffman said he has “not been cleared to give out that information just yet,” but both will be out of commission and replaced with backup engines.

“We do have reserve firetrucks, and those will be placed in service in the place of those,” Coffman said. “Both of them are pretty bad.” 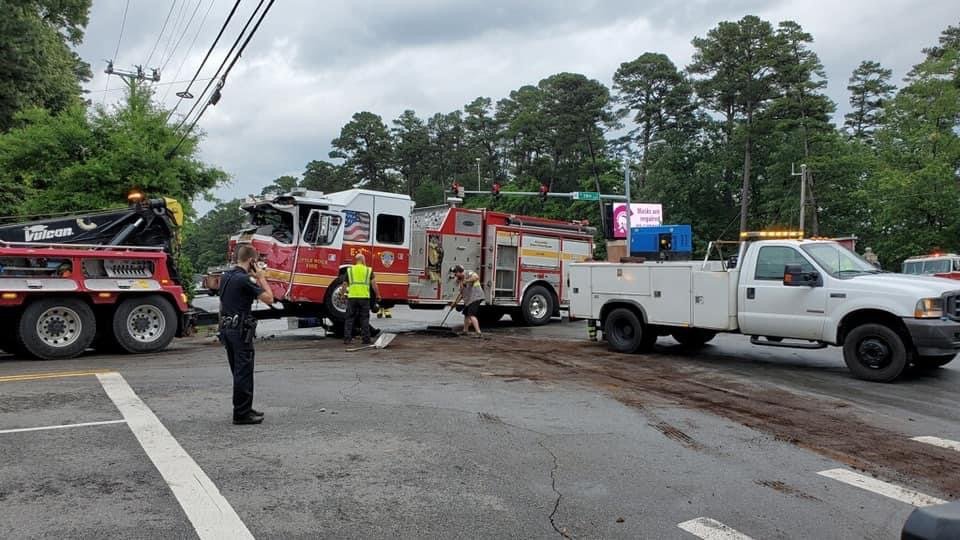 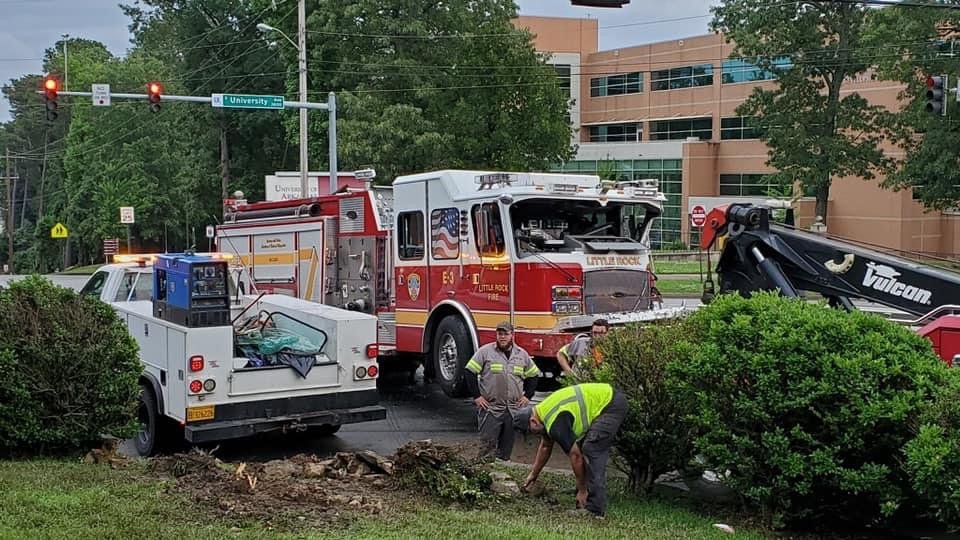 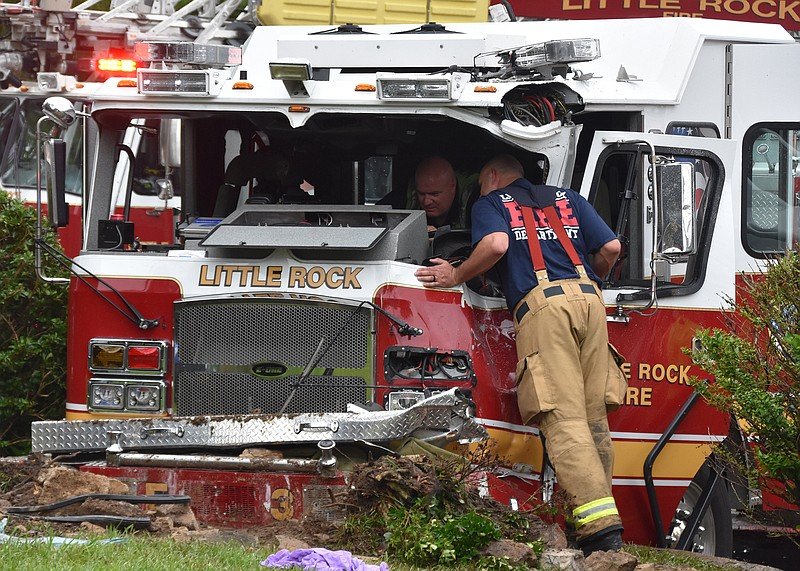