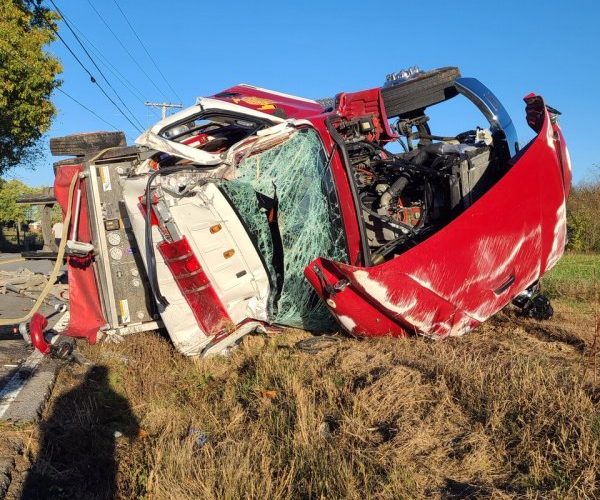 A DeKalb County Volunteer Firefighter escaped serious injury Wednesday afternoon after the fire truck he was driving crashed on Allen Ferry Road as he was responding to a vehicle fire on Cookeville Highway.

According to County Fire Chief Donny Green, Bill Brown was responding in Engine 59 (from the main station) to a vehicle fire on Cookeville Highway. While enroute, he was navigating a curve on Allen Ferry Road near Holmes Creek Road when the truck’s tires dropped off the side of the roadway. Firefighter Brown attempted to correct and the truck then crossed over the roadway and overturned.

“This was a very violent crash and we are so thankful that Bill escaped with minor injuries. Also, we can’t thank our partner agencies and community enough for the outpouring of support and concern shown,” said Chief Green.

As it was crashing, the fire truck clipped a utility pole and the rear portion of the truck separated from the cab and chassis.

The crash was investigated by the Tennessee Highway Patrol. DeKalb EMS, Smithville Police and Fire, and the DeKalb County Sheriff’s Department were also on the scene. Traffic was re-directed during the wreck investigation. 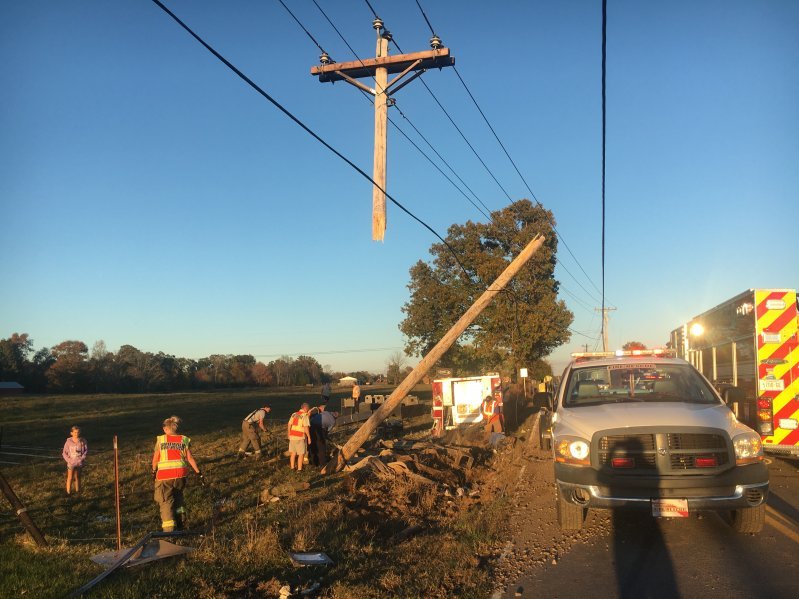 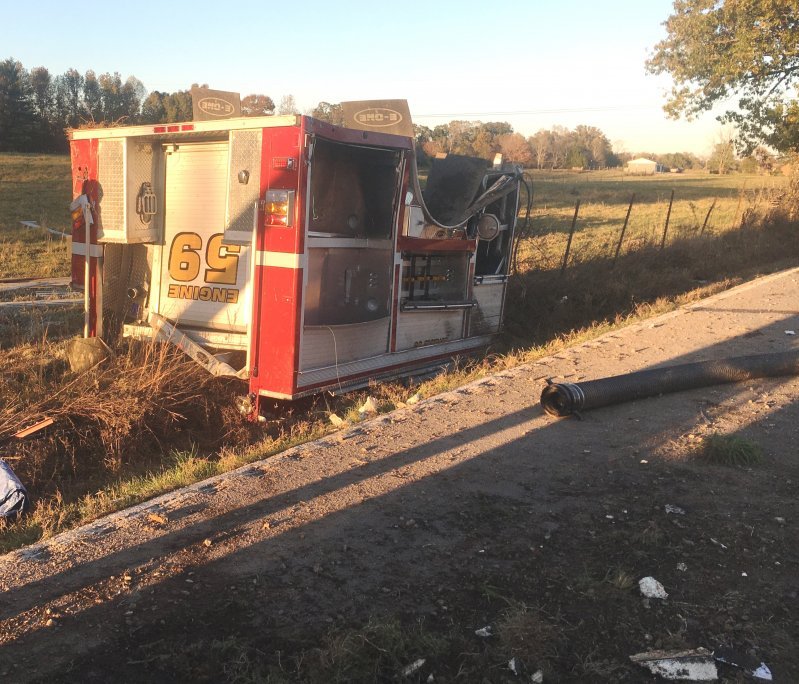 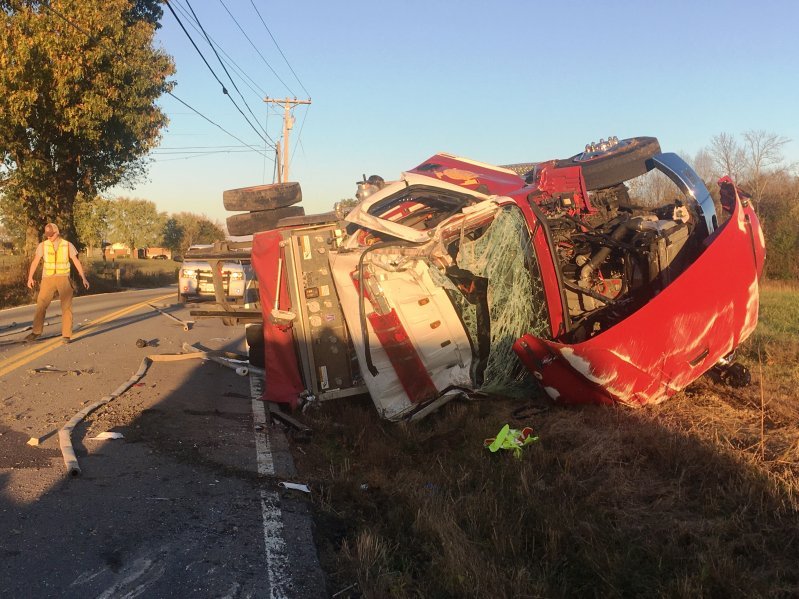 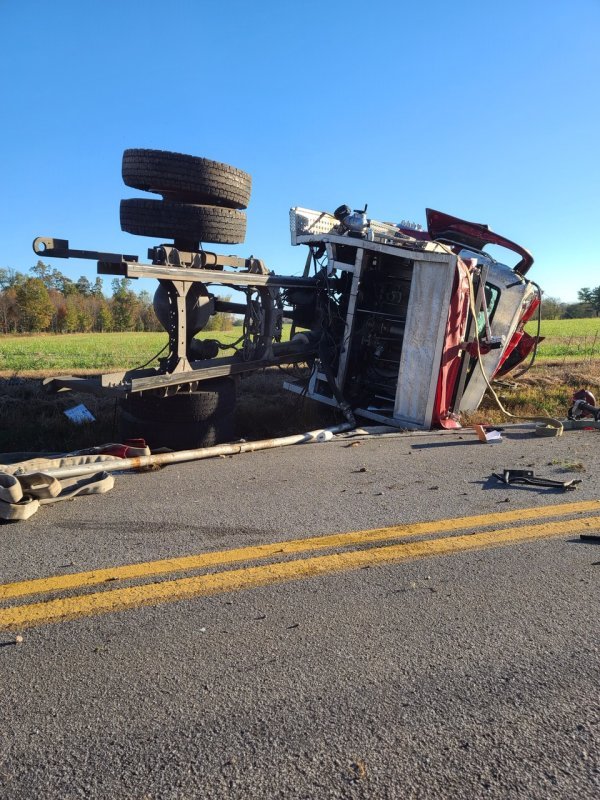 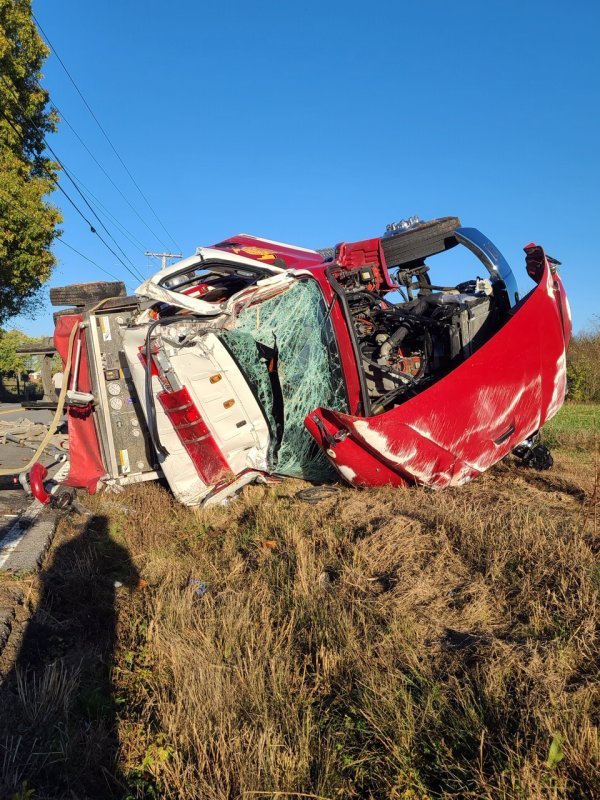