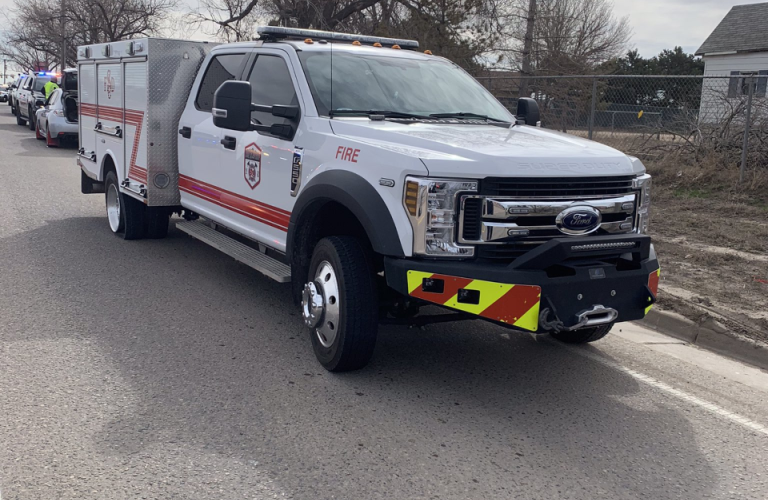 COMMERCE CITY, Colo. (KDVR) — A suspect was arrested Sunday in Commerce City after stealing a vehicle belonging to South Adams County Fire Department and leading authorities on a chase.

Around 9 a.m. Sunday, patrol officers with the Commerce City Police Department were dispatched to a medical call at Mi Pueblo Market, where a 41-year-old man said he was having difficulty breathing.

Police deployed stop sticks near the intersection of East 120th Avenue and Highway 2. The suspect abandoned the disabled vehicle and then attempted to pull a female from her car that was stopped at the intersection. Officers were able to prevent the male from taking the vehicle and he was taken into custody without further incident.

No injuries were reported.