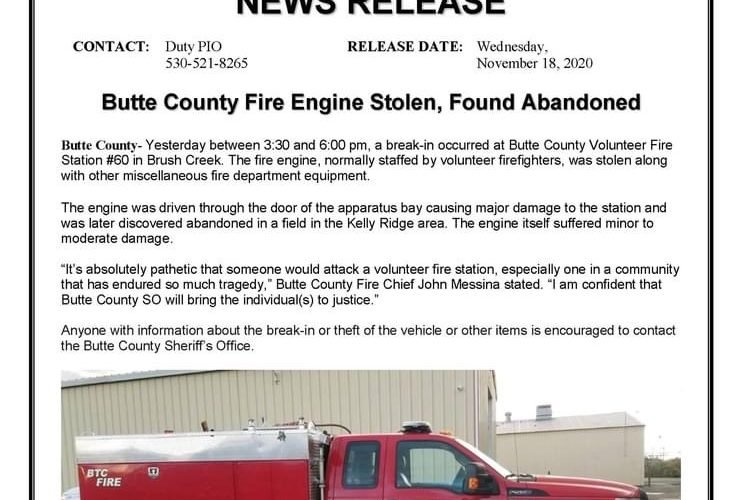 BUTTE COUNTY, Calif. (KTXL) — A thief who stole a fire engine from a Butte County volunteer fire station left behind major damage, according to Cal Fire.

The fire engine was recovered later in the day in the Kelly Ridge area but it had “minor to moderate damage.”

“It’s absolutely pathetic that someone would attack a volunteer fire station, especially one in a community that has endured so much tragedy,” said Butte County Fire Chief John Messina.

The station also had some of its equipment stolen. 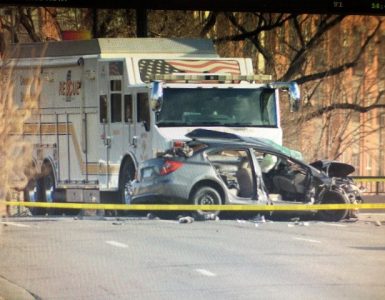 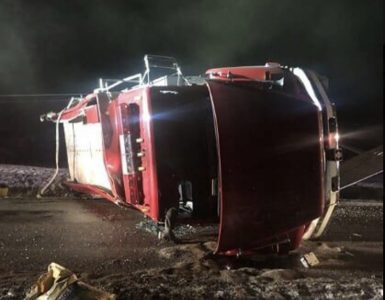