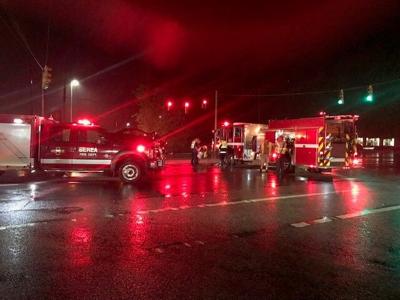 The South Carolina Highway Patrol said a person was injured and charged in a crash involving a fire truck in Greenville County.

Troopers say none of the three firefighters were taken to the hospital. The driver of the car, Paola Magana, was taken to Greenville Memorial for injuries, says troopers.

According to Highway Patrol, Magana was charged with failure to yield to an emergency vehicle. Troopers also say Magana did not have a South Carolina driver’s license.