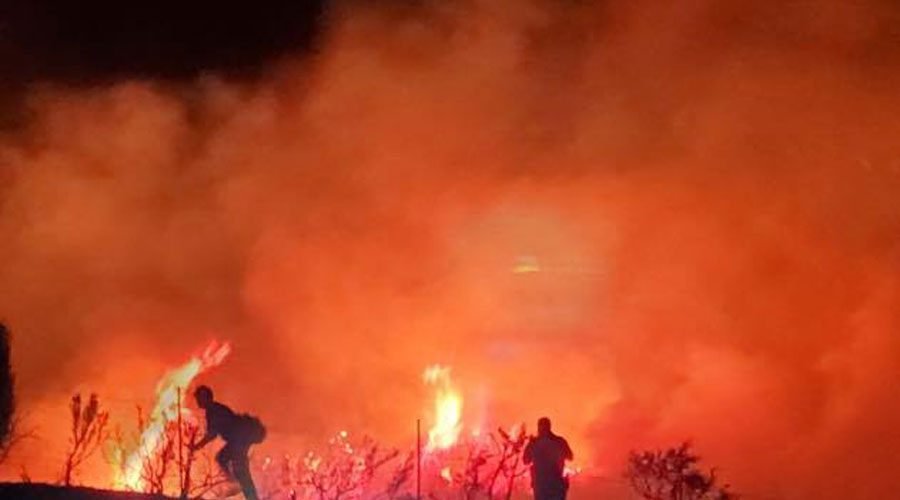 POCATELLO — A wildfire near Pocatello managed to destroy a fire engine during the night and caused residents to evacuate.

As of 7 a.m. Sunday though, it appears federal and local firefighters were getting a handle on the Wild Mountain Fire.

The blaze started just after midnight on U.S. Forest Service lands near the Gibson Jack trailhead. The fire proceeded to back downhill towards homes along the Gibson Jack Road.

A text alert was sent at 1:06 a.m. advising residents of Gibson Jack and Wildhorse subdivisions to evacuate.

Evacuees gathered at Indian Hills Elementary where they could stay the night. It is estimated that they will be allowed to go back to their homes around 9:00 a.m., according to KPVI.

No structures have been lost and a bull dozer has completed containment lines around the 19 acre fire, which has slowed the fire’s progress. Engines are now securing the line with water. Air resources will arrive with the light of day and a 20-person hand crew has been ordered, according to a U.S. Forest Service news release.

A Pocatello Valley Fire Department engine became high centered on difficult terrain while fighting the fire. Firefighters got out of the engine and made their way to safety. No firefighters were injured, but the engine was destroyed.

Gibson Jack, Silver Sage, and Wild Horse Ridge roads were all closed due to the fire.

The fire is 25 percent contained. Full containment is expected at 6 p.m. Sunday.