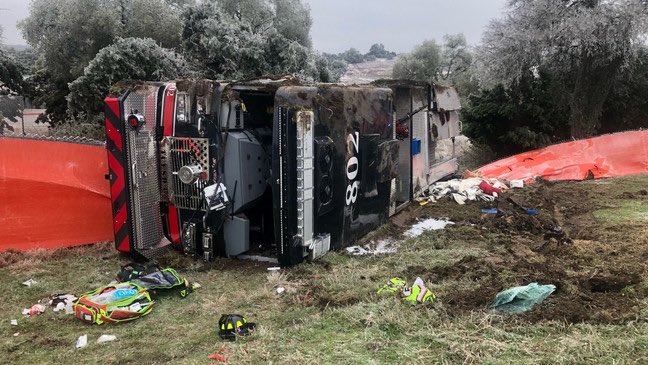 As drivers across the Austin area deal with icy roads on Saturday morning, a Pedernales Fire Department truck was involved in a rollover in the 16100-16300 block of west SH 71.

According to Austin-Travis County EMS, four firefighters were responding to a call when their firetruck rolled over and crashed into fencing.

All four firefighters were taken to the hospital with non life-threatening injuries. They’ve been treated and released.

“If it happens to us, who are highly trained and you know, do this day in and day out, you know, these driving conditions can be very treacherous to the general citizens,” said Capt. Darren Noak, Austin Travis County EMS spokesperson.

He also says if drivers do get into a collision on the road, to stay in their cars until first responders arrive on the scene to direct you.

“More than likely traffic will continue to flow on that thoroughfare and if your vehicle was susceptible to the ice then those approaching are also susceptible,” Noak said.

He said even stepping out of your car can be dangerous in these conditions and may result in a fall.

“If you don’t have to get out, please don’t, you know, not only does it, put you in danger, family and those of others. It also puts the first responders in more harm’s way as well,” Noak said.

The cause for the collision is not yet known, but will be investigated, ATCEMS says.

More on the story here:

Video from the scene: 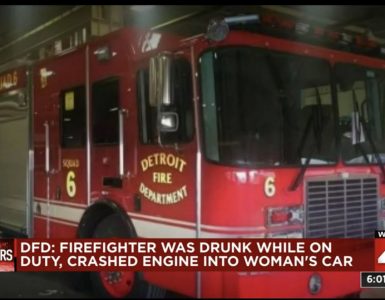