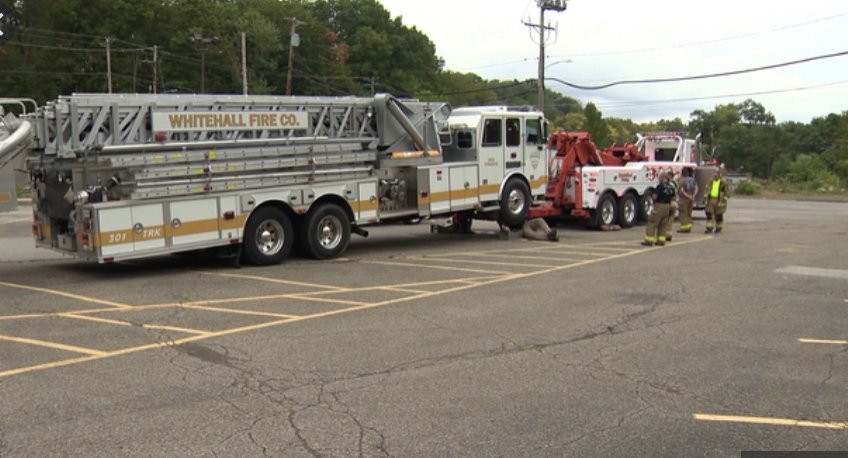 CASTLE SHANNON, Pa. — A fire truck was involved in a crash while responding to a two-alarm house fire in Castle Shannon.

The fire broke out around 6:15 p.m. Tuesday at a home on Arch Street.

Firefighters said an elderly woman inside refused to leave but rescuers were able to get her.

Two children, two adults and four pets got out safely. A fifth pet died and four others were unaccounted four.

It’s believed the fire started in a basement game room.

The fire marshal is investigating.

Meanwhile, no one was hurt when one responding fire truck was involved in a crash on Route 88.