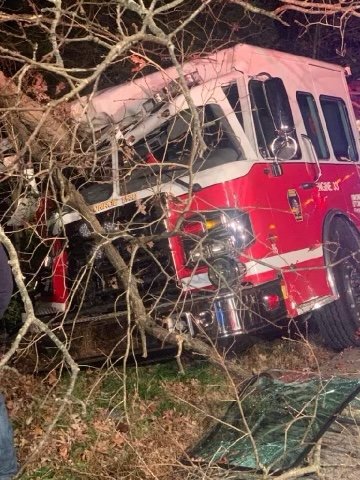 CLERMONT COUNTY, Ohio — A fire truck that was initially responding to a structure fire was involved in a crash in Clermont County Thursday, according to Clermont County dispatch.

The fire truck crashed into a tree in the 2200 block of Berry Road in Monroe Township.

Authorities told us the Monroe Township firefighters involved were responding to a structure fire and the call about the crash came over the radio at about 9 p.m.

Ohio State Highway Patrol reported a few injuries in the crash but said Air Care was not needed.

It’s unclear what led up to the crash.