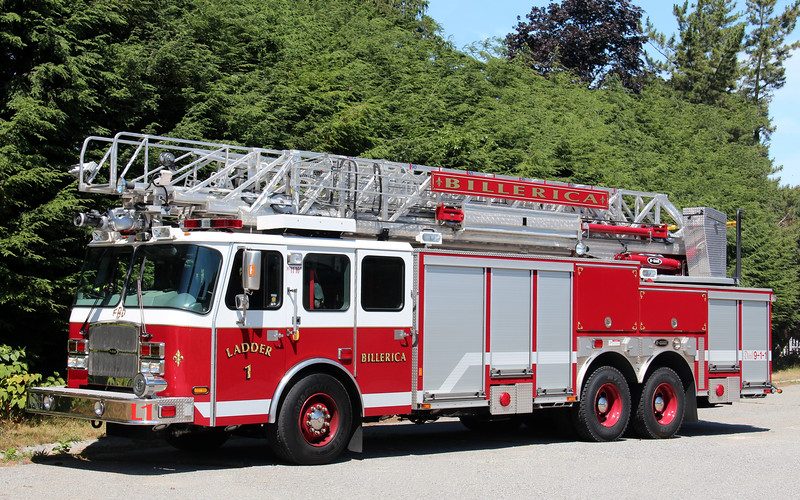 A 2012 Billerica Fire Department ladder truck is temporarily out of commission after it struck the Mount Pleasant Street bridge on the morning of Tuesday, Nov. 4.

According to Billerica Fire Chief Robert Cole, the incident was reported at approximately 9 a.m.

The driver, an unnamed member of the department, was transporting the truck back from Lowell where it had recently been serviced. There were no passengers or injuries.

Cole said the ladder on the truck was destroyed, but the vehicle is still operational. The truck will be sent to Attleborough for repairs in the coming days.

The bridge, which is notorious when it comes to vehicles being trapped or damaged was not affected by the crash, nor was the Commuter Rail train line that runs over it.

Cole said the MBTA was notified and is performing its own safety investigation on the bridge, but service has not been affected.

Town Manager John Curran said he was made aware of the incident, and the driver of the truck was drug tested, which is protocol when it comes to an incident like a crash while on the job.

He said the results of that test will most likely be made available on Friday, Nov. 4, and added personnel actions may be taken.

Cole said the incident seems like operator error as all department vehicles are sized to fit under the Mount Pleasant bridge.

The department is now without a ladder truck and Cole said they would be relying on mutual aid from other departments until it is repaired.

“All of the equipment on it taken off [the truck,]” Cole said, and added it will be used on other vehicles. “The chiefs in the area all reached out, as we always do.”

He said the driver is apologetic for the incident.