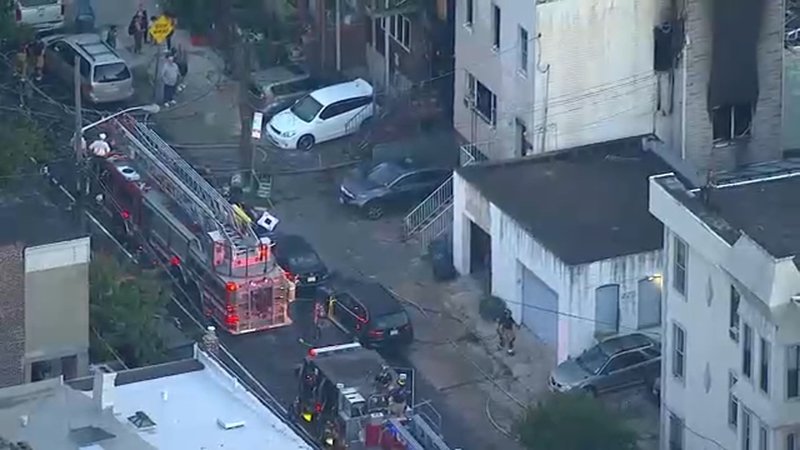 The fire broke out between the Irving Street homes just before 3 a.m. this morning and quickly spread.

As firefighters arrived, an energized power line came down on their fire truck, shocking at least four firefighters and a captain.

“They were either in the truck or near the truck. they were close enough where they had minor electrical shock,” Jersey City Fire Chief Steven McGill said. 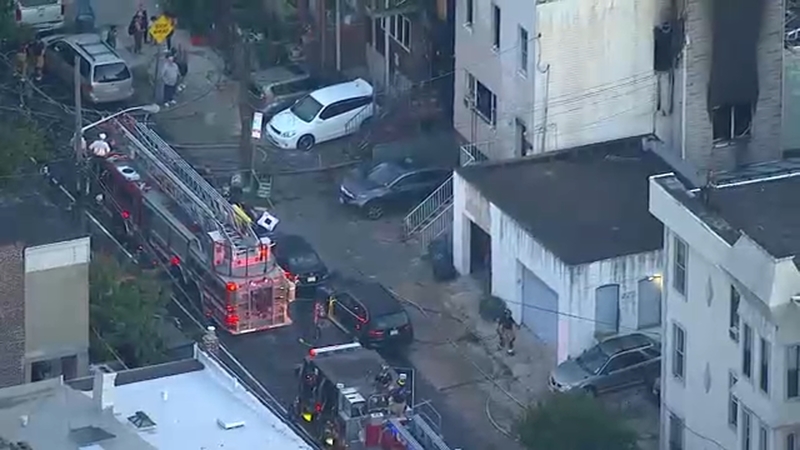 NewsCopter 7 was over the fire scene on Irving Street after 7 firefighters were injured.

In all, seven firefighters were taken to Jersey City Medical Center, all with non-life-threatening injuries.

Eighteen residents from six families were left homeless by the flames, which forced many to flee in the middle of the night.

One resident “thought his daughter was in the rear bedroom. Fortunately she was not there,” McGill said. “He did go in to look, he found heavy black smoke, heard popping sounds, not sure what that is. he got out of the building and got the rest of the family out.”

The Red Cross will provide assistance.

The cause of the fire, which started in a three foot alley between the two buildings, is under investigation.