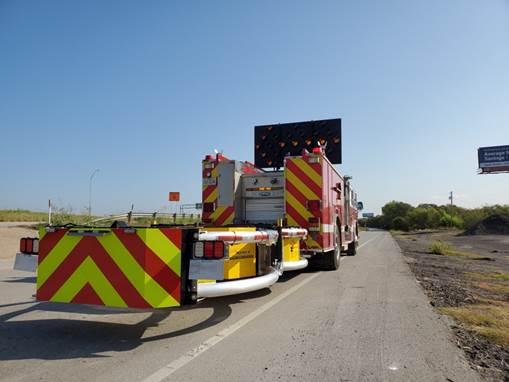 They’re called truck mounted attenuators, which are basically “crash cushions” and Grand Prairie FD is the first fire department in North Texas to have them.

The nine-foot long trailers are hooked on the rear of fire engines to protect emergency crews when they are parked on roadways.

The $35,000 devices are designed to absorb the impact from vehicles that too often crash into police and fire personnel.

It happened earlier this month in Irving, when a firefighter was struck and seriously injured by a driver who authorities say was drunk and plowed into an accident scene.

In November in Grand Prairie, a van crashed into a police car at an accident scene nearly hitting an officer.

Grand Prairie Fire Chief Robert Fite said the energy-absorbing cushions also minimize the risk to the driver who hits it.

“Not only do I want our firefighters to go home to their families, I want the motorist who is either distracted, under the influence or just had a bad accident, I want that motorist to be able to go home as well,” said Chief Fite.

The department purchased two of the truck mounted attenuators. 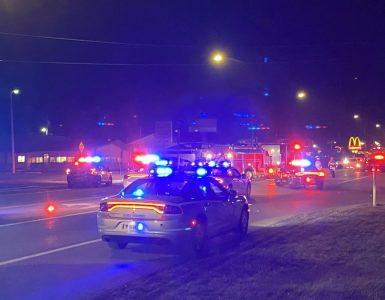 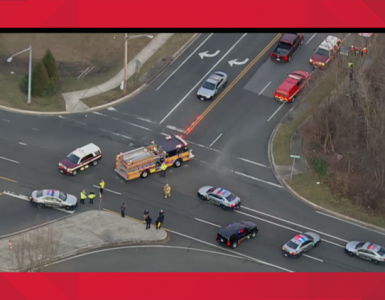 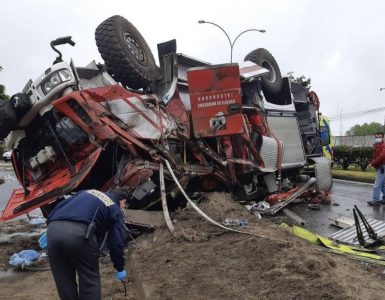