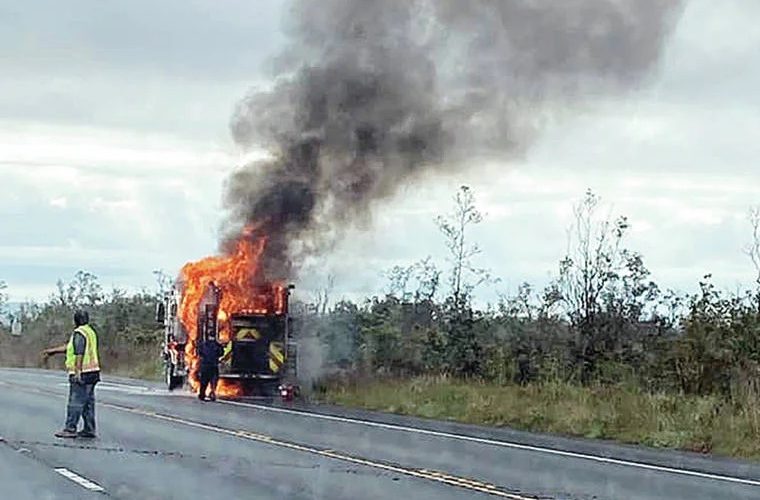 Going downhill on Highway 200, also known as Daniel K. Inouye Highway), the brakes seized and overheated, causing the brake pumps to catch fire. There were no injuries and an investigation has begun.

The Hawaii Fire Department dispatched a unit from the Kaumana Station shortly before 8 a.m. and the fire was extinguished by 8:55 a.m. There were no injuries.

One lane of traffic was closed as fire personnel suppressed the fire.

“The PTA command sends a big mahalo to the public for their awareness and concern,” said Donnelly.