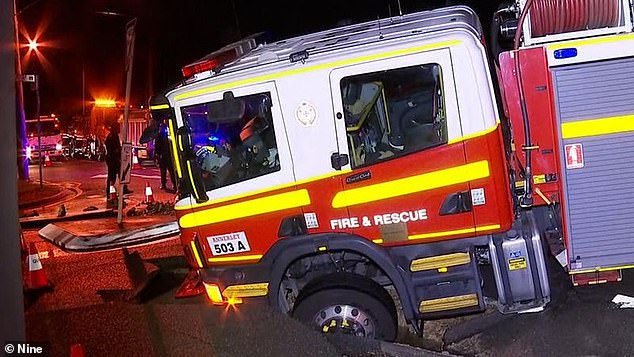 A fire truck found itself stuck in a sinkhole that suddenly opened up in the street and was trapped for hours until it could be hauled out.

Fire crews were responding to reports a backyard in Greenslopes, an inner suburb of Melbourne, was flooded as a result of the burst main early Monday morning.

On arrival at the scene on Juliette Street, the front wheel of one of the larger fire trucks began to sink into the road as the asphalt underneath collapsed.

The fire truck was responding to reports of a burst water main in Greenslopes, south Brisbane

No one was hurt in the incident and only minor damage was caused to the truck.

Heavy machinery was required to extricate the fire truck from the sinkhole. Road works are now in progress to mend the burst pipe and the road.

Motorists are urged to steer clear of the area if at all possible, with Monday morning traffic already building on the nearby Pacific Motorway and the South Brisbane area reported to be congested. 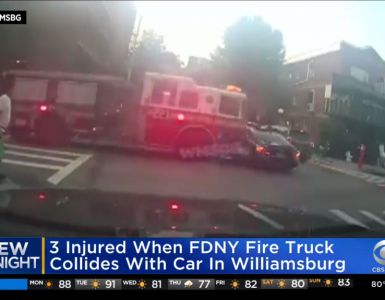