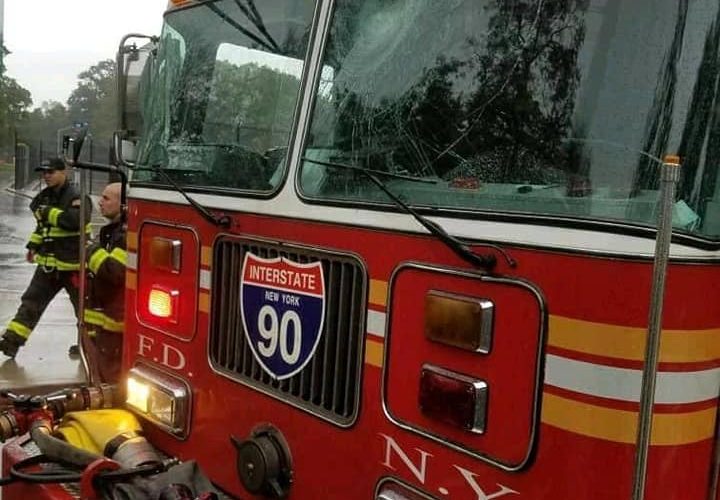 This morning, a mentally ill individual threw a brick at an FDNY fire apparatus, and then chased the members of two companies with a knife. The subject then wounded himself when jumping the overpass, to which the same members he attacked then went to work trying to save his life by giving medical attention.

While all of this was unnecessarily happening, a fire in these two companies first due area broke out. That means the citizens of this neighborhood did not have the full protection they deserve and their tax dollars pay for. Instead of being able to respond in a timely fashion and limit the possible spread of this fire, the two first due companies were out of service because of the other incident ensuing.

Picture below is drivers windshield of where brick was thrown. This alone could have caused the chauffeur to crash, which risks the lives of 5 firefighters, as well as civilian vehicles on the road. This is not a story to ignore.

Not only was the FDNY under attack, but when we are, you are as well. I ask you all to please share this mornings events, so that your safety does not get buried by the media.