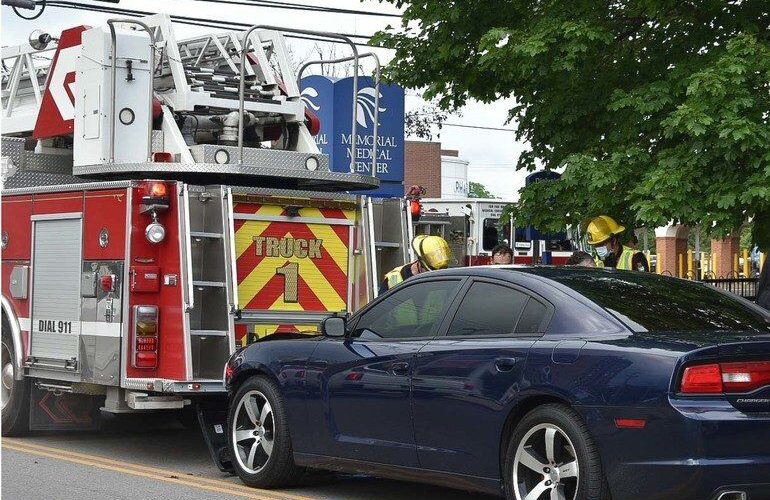 Police are expected to charge a driver after she slammed into the back of a Niagara Falls Fire Department engine truck at Pine Avenue and 10th Street on Tuesday afternoon.

Police said the 30-year-old female driver was traveling north on 10th Street, toward Pine Avenue, when she drove into the back of Falls Fire Department Truck 1. The engine truck was returning to the 10th Street fire station after responding to a stabbing on 19th Street.

Fire officials said no firefighters were injured in the crash. The female driver and a 5-year-old child inside her vehicle were also uninjured.

Truck 1 was being inspected by fire department mechanics to make sure there was no damage to the engine’s undercarriage and critical equipment located under the vehicle’s frame.

Falls Police patrol officers conducted field sobriety tests on the female driver and indicated that she had failed those tests. The driver briefly resisted arrest as she was taken into custody.

An open bottle of liquor was recovered from the suspect’s vehicle.

The driver is facing charges of driving while ability impaired by a combination of drugs and alcohol. She also faces potential Leandra’s Law charges and a charge of driving with a suspended license.