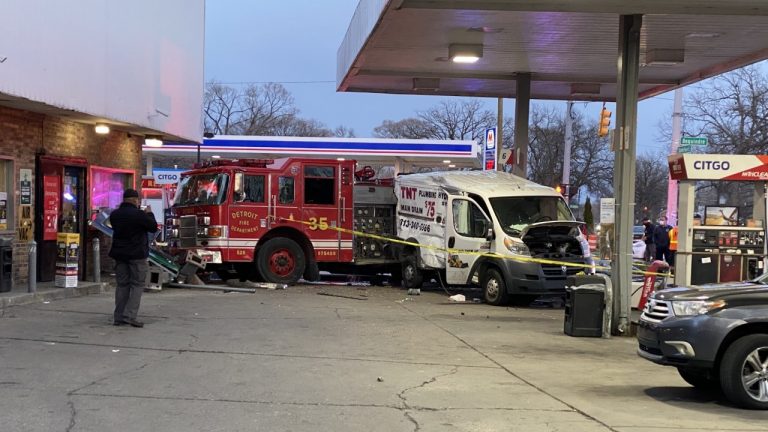 A fire truck crashed into a gas station Wednesday after colliding with an SUV on Detroit’s east side. Around 1840 last night,. Wednesday, a fire truck was traveling westbound on E. Outer Drive near Dequindre Street with lights and sirens activated when a Lincoln Navigator crashed into the truck. Video shows the fire truck then collided with a Dodge Ram parked at a gas station and then a gas pump, causing a fire. The driver of the Lincoln lost control of their vehicle following the crash and struck a pole.