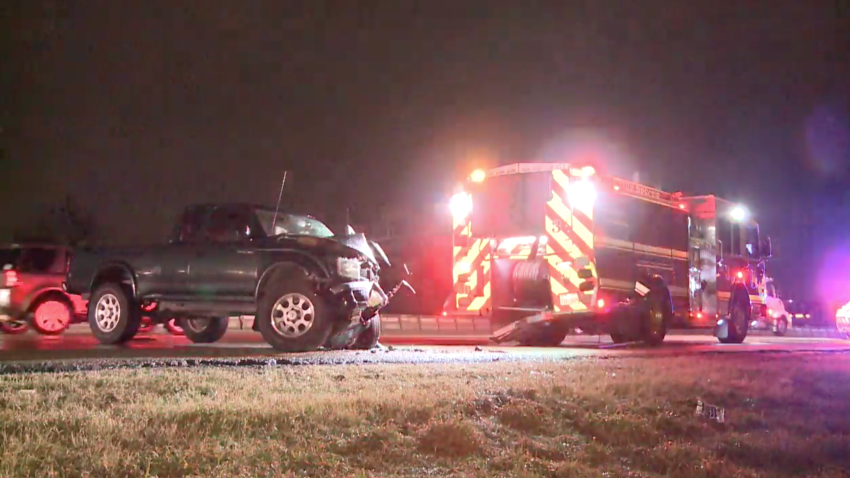 One person is injured and a vehicle is damaged after a crash in East Dallas involving a Dallas Fire-Rescue engine on Tuesday night.

Police said the fire engine was responding to another accident on I-30 when a pickup truck rear ended them.