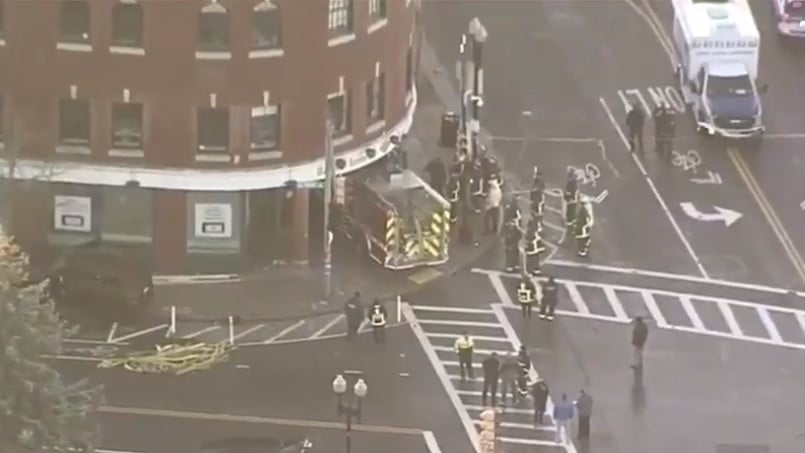 BOSTON (WHDH) – An off-duty Boston police officer is being treated for life-threatening injuries and four firefighters are hospitalized following a crash that sent a fire truck into a bank in Dorchester early Thursday morning.

Officers responding to a reported crash at the intersection of Washington Street and Talbot Avenue around 2:30 a.m. found a fire truck that had barreled into the Bank of America before coming to a rest partially inside the building and that a nearby car sustained significant damage.

The driver of the car, identified as an off-duty Boston police officer, was transported to a local hospital with life-threatening injuries.

Four Boston firefighters were also taken to a local hospital with non-life-threatening injuries.

The street has been blocked off amid an ongoing investigation.

Not far away from the crash scene, crews responded to a fire at Charlie’s House of Pizza on Dorchester Avenue.

Firefighters put out the flames, revealing about $300,000 worth of damage, fire officials said.

There were no reported injuries in connection with the fire.