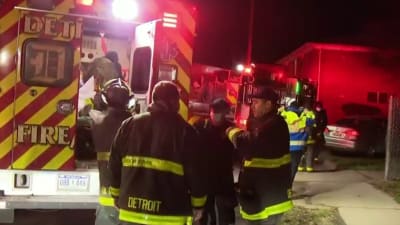 DETROIT – A Volkswagen and a fire truck were involved in a collision Tuesday night on Detroit’s west side.

Officials said four firefighters were transported to a hospital.

One had back pain and the other three were transported as a precautionary measure.

Two civilians were also transported to the hospital.

The fire truck was responding to a house fire at the time of the crash.