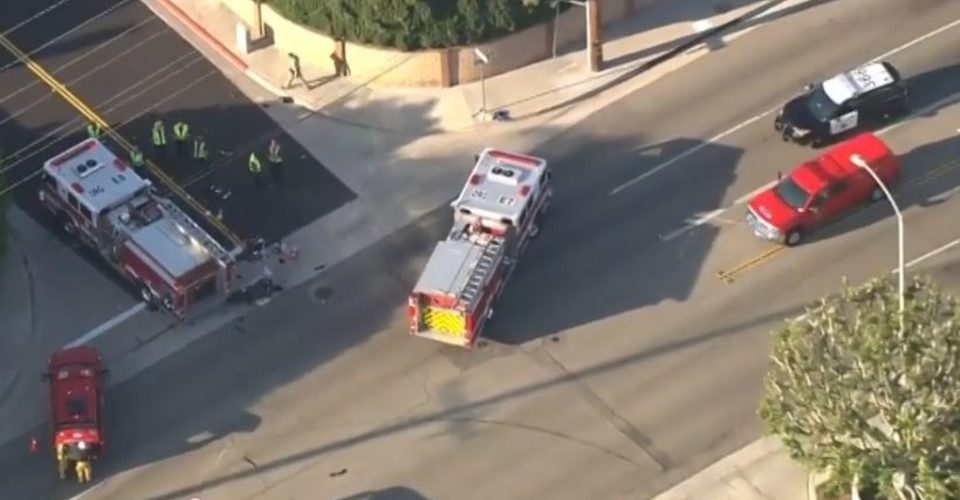 A motorcyclist died after a collision with a fire engine in Orange on Wednesday, June 5, and three firefighters were injured.

The crash happened near the intersection of Collins Avenue and Roberto Street, a dispatcher for the Metro Cities Fire Authority said.

The motorcyclist was transported to a hospital, where the man was later pronounced dead, Orange Police Lt. Mike Monjaraz said. Three Orange firefighters were also hospitalized with moderate injuries.

Eastbound lanes of Collins Avenue, and northbound lanes of Prospect Street were temporarily shut down in the area following the collision. They were reopened by about 9 p.m., Monjaraz said.

The identity of the motorcyclist and details regarding what led up to the crash were not immediately released.

The cause of the crash was under investigation by the California Highway Patrol, which typically handles cases involving emergency vehicles, Monjaraz said.