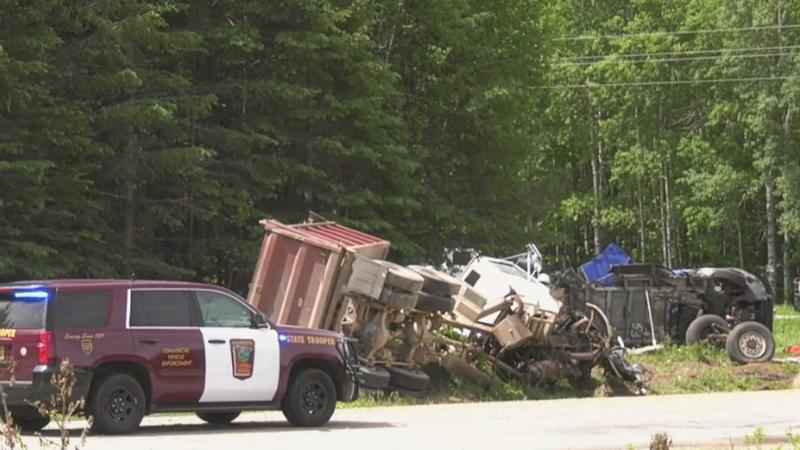 2 LODD’s Within 2 Weeks At Same Intersection

Two members of the Minnesota emergency services have died in the Line of Duty in crashes at the same intersection-two weeks apart. Between the 2 LODD’s, 10 kids and 2 spouses are left behind.

Paramedic Troy Boettcher, 51 from Meds-1 EMS in Grand Rapids (MInnesota) died in the Line of Duty on Tuesday. The ambulance he was in collided with a dump truck and he died at the scene. Two others have critical life threatening injuries: the EMT driving the ambulance, Kim Hake, 28.and the driver of the dump truck. The dump truck T-boned the ambulance on the passenger side in the intersection.

The patient in the ambulance who died was Joey Latimer,17, a student in the Grand Rapids School system, who was being transported for seizures.

Paramedic Boettcher leaves behind his wife and 7 kids and step kids.

That crash took place at the same intersection where Conservation Officer Sarah Grell died two weeks earlier. Officer Grell followed in the footsteps of her family in working for the DNR. Her father, grandfather, and uncle also worked as conservation officers. Her husband, Gene Grell, works for the DNR’s Forestry Division and her mother worked for DNR Fisheries until her retirement.

The crashes both occurred at the intersection of 57 and 336 in Itasca County, NW of Duluth, MN.

Officer Grell leaves behind 3 children and her husband. Our condolences to all those affected. Rest In Peace.