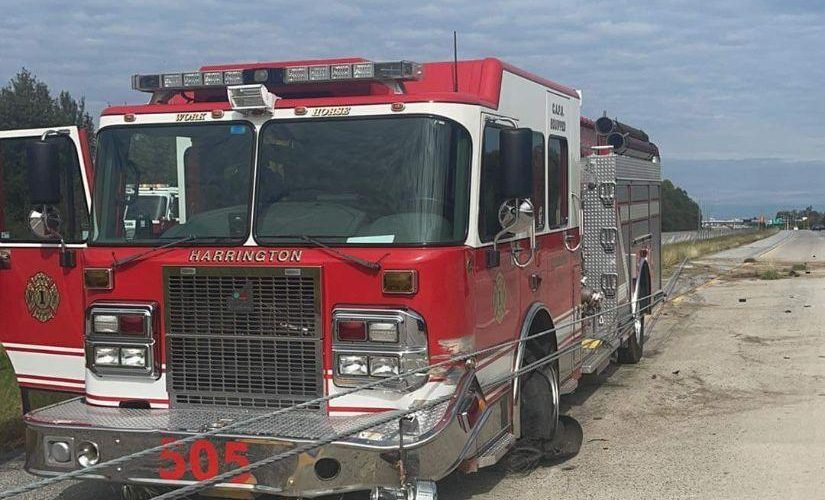 A Harrington Fire Company engine blew a tire and crashed on Route 1 on Saturday afternoon, October 23, 2021, on its way back home after the Wilmington Fire Department’s Centennial parade, but no injuries were reported.

Delaware State Police said Engine 505 was traveling southbound on Route 1 south of the Route 72 interchange, and prior to the Roth Bridge, in the center lane when the tire blew out.

The rig fishtailed and went into the wire safety median but still ended up partially in the northbound left lane.

A pick-up truck traveling northbound avoided hitting the fire truck but was hit by debris.

No one was hurt in the crash.

The wreck shut down traffic on southbound Route 1 and caused significant travel delays.