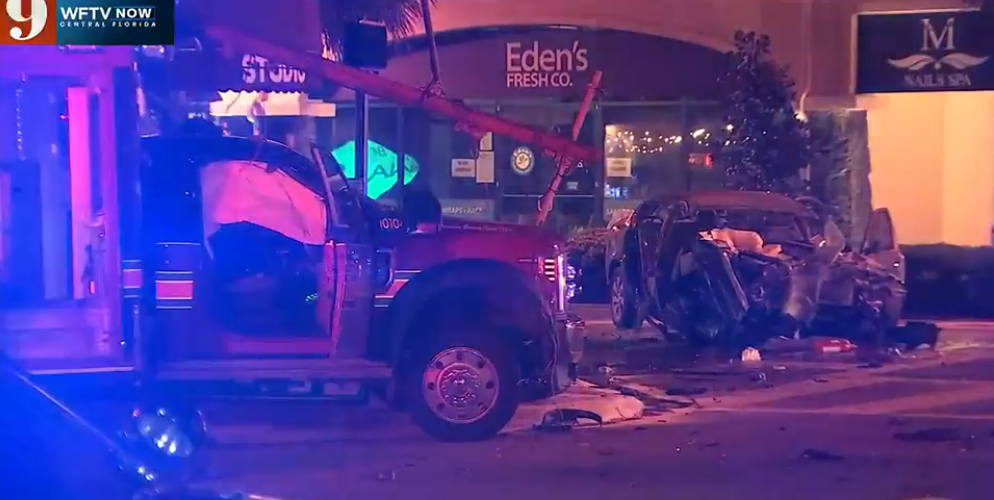 At about 2:45 a.m., police said a crash happened at the intersection of Edgewater Drive and W. Smith Street.

Officers said there were three people in the car. One person died at the scene and the others were taken to a hospital with serious injuries.

The firefighters involved in the crash were taken to a hospital for evaluation, but no serious injuries were reported, police said.

Police said the fire rescue vehicle left the roadway and crashed into a building at 2300 Edgewater Drive. There was also damage to an electrical pole at the intersection.

Investigators said there is no obvious structural damage to the building at this time.

Officers said Edgewater Drive will be closed northbound at W. Princeton Street and southbound at Vassar Street for the duration of the investigation. W. Smith Street will also be closed at Ann Arbor Avenue.

It is not known when the roads will reopen.