A newly acquired fire engine from Nakuru was on Wednesday morning involved in a crash after the driver lost control of the vehicle in Salgaa, Nakuru.

The firefighters were responding to a fire incident in the area when they got into a road accident at Migaa area, along Nakuru-Eldoret Highway.

Rift Valley traffic enforcement officer Rashid Ali confirmed that the Sh50 million fire engine hit a truck that had been involved in an accident earlier.

Ali said no firefighter was injured following the accident.

“The fire engine hit one of the trucks but driver and co-driver escaped unhurt,” said Ali. 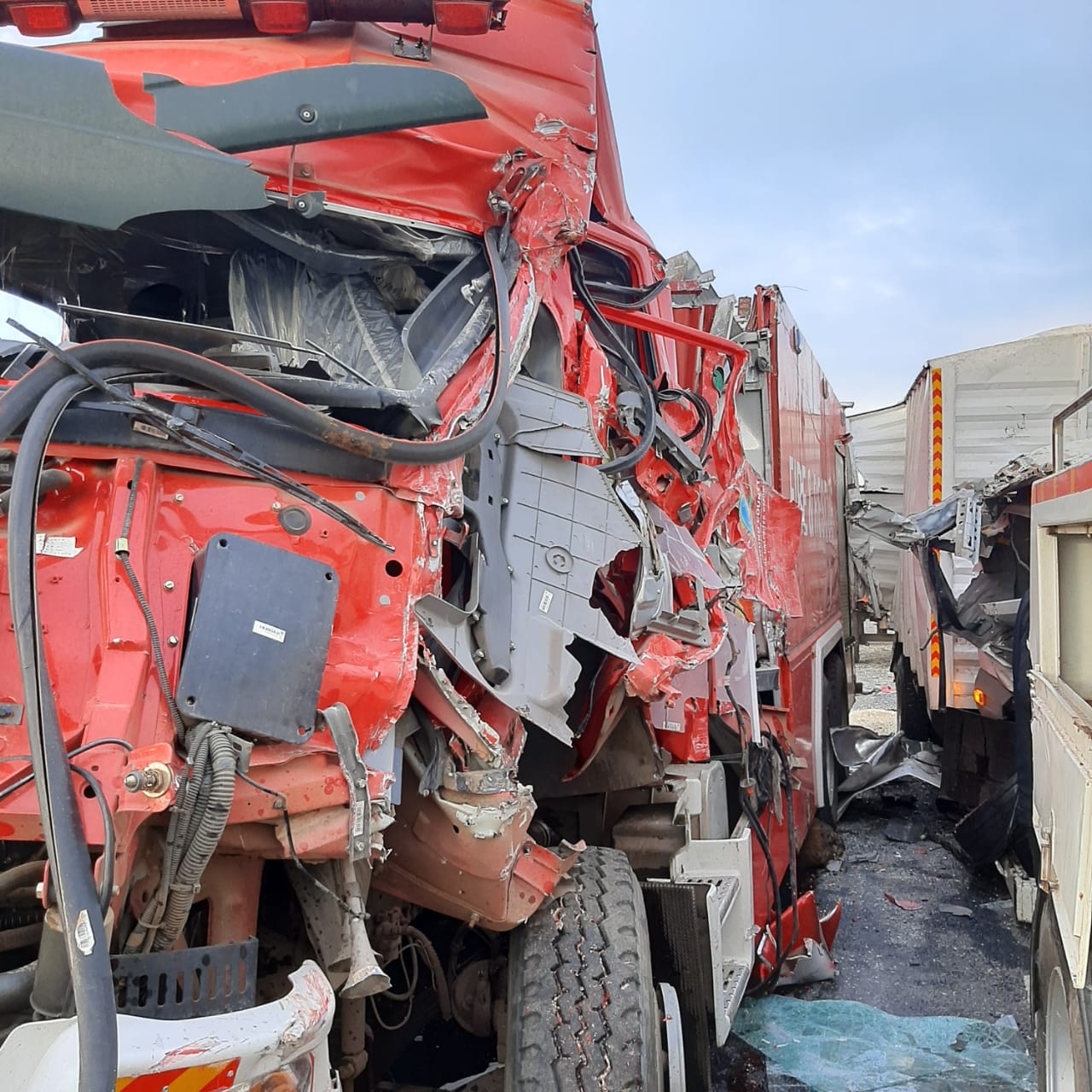 [Fire engine that was involved in the accident. Source/AccidentAlert/Twitter]

Nakuru Governor Lee Kinyanjui had last year unveiled new fire engines which he said will be stationed in the township and will be used to address rampant incidents of fires in Molo, Elburgon and Kuresoi areas.

The Wednesday accident involved a lorry and truck that led to the death of the lorry driver while his co-driver suffered serious injuries.

“Three vehicles were involved in an accident at around 5.30am, killing a driver, while his co-driver sustained slight injuries,” said Ali.