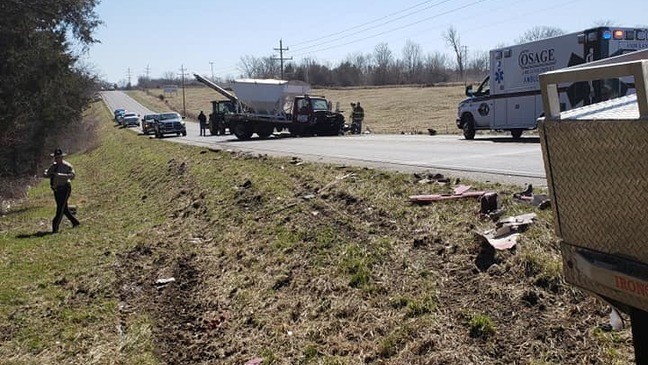 The fire truck was en route to another accident but had just been called off of that accident.

Sheriff Bonham said the fire truck was traveling northbound and the fertilizer truck was southbound. 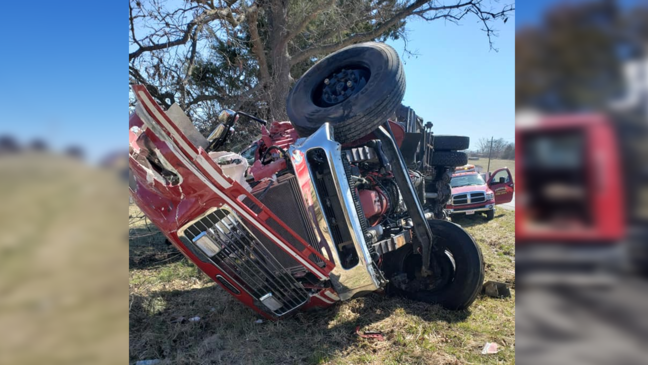 Two people in the firetruck and one person in the fertilizer truck all suffered minor injuries.

Highway 63 was briefly shut down, but officials were able to divert traffic around the scene.